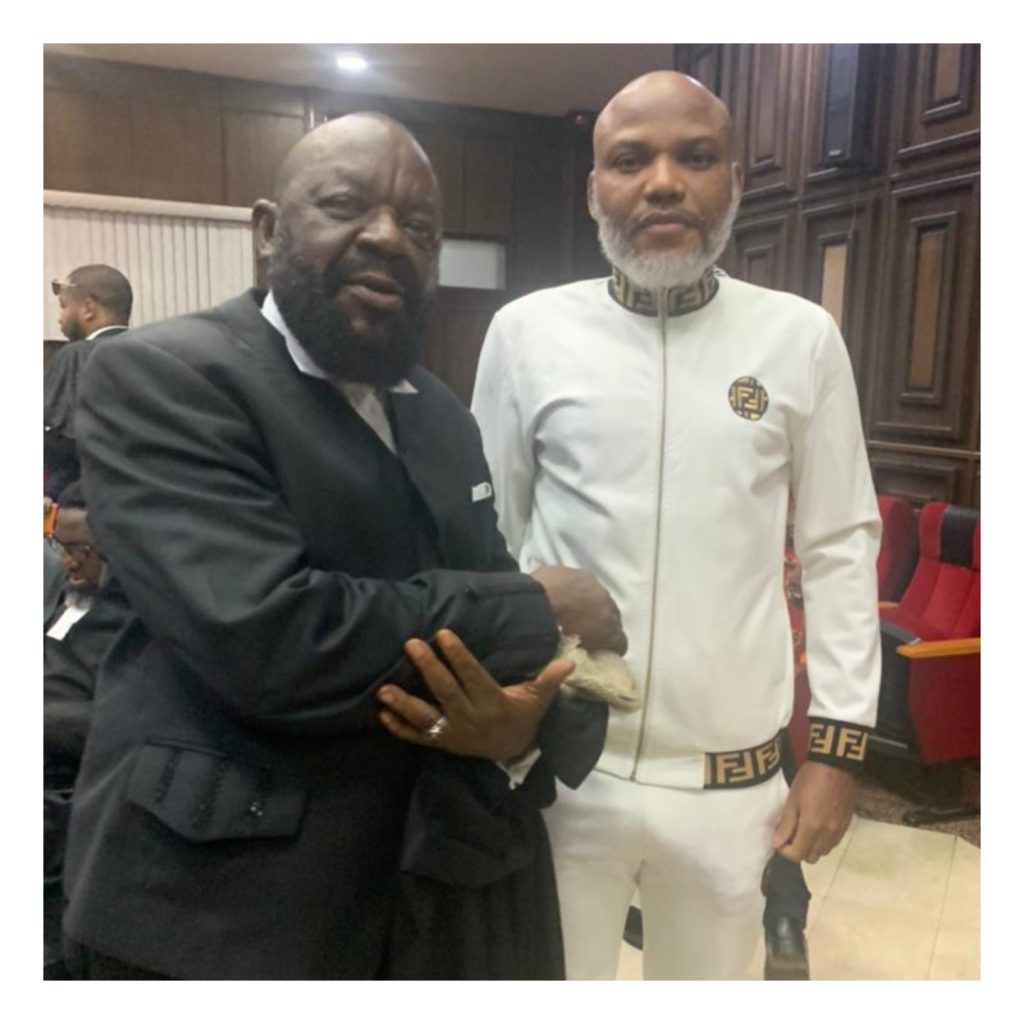 The Federal Government has amended the treasonable felony charges against Nnamdi Kanu, leader of the Indigenous People of Biafra, IPOB.

Aloy Ejimakor, Kanu’s Special Counsel, said one of the seven-count charges was removed.

“We are in court waiting for the judge’s arrival, and Kanu himself is yet to arrive.”

Trial Justice Binta Nyako had, on April 8, struck out eight out of the 15-count treasonable felony charge FG preferred against Kanu.

A few weeks ago, Justice Binta Nyako of an Abuja Federal High Court had struck out eight of the 15 count charges against Kanu.

The IPOB leader would appear before Justice Nyako today for a hearing regarding his bail application.