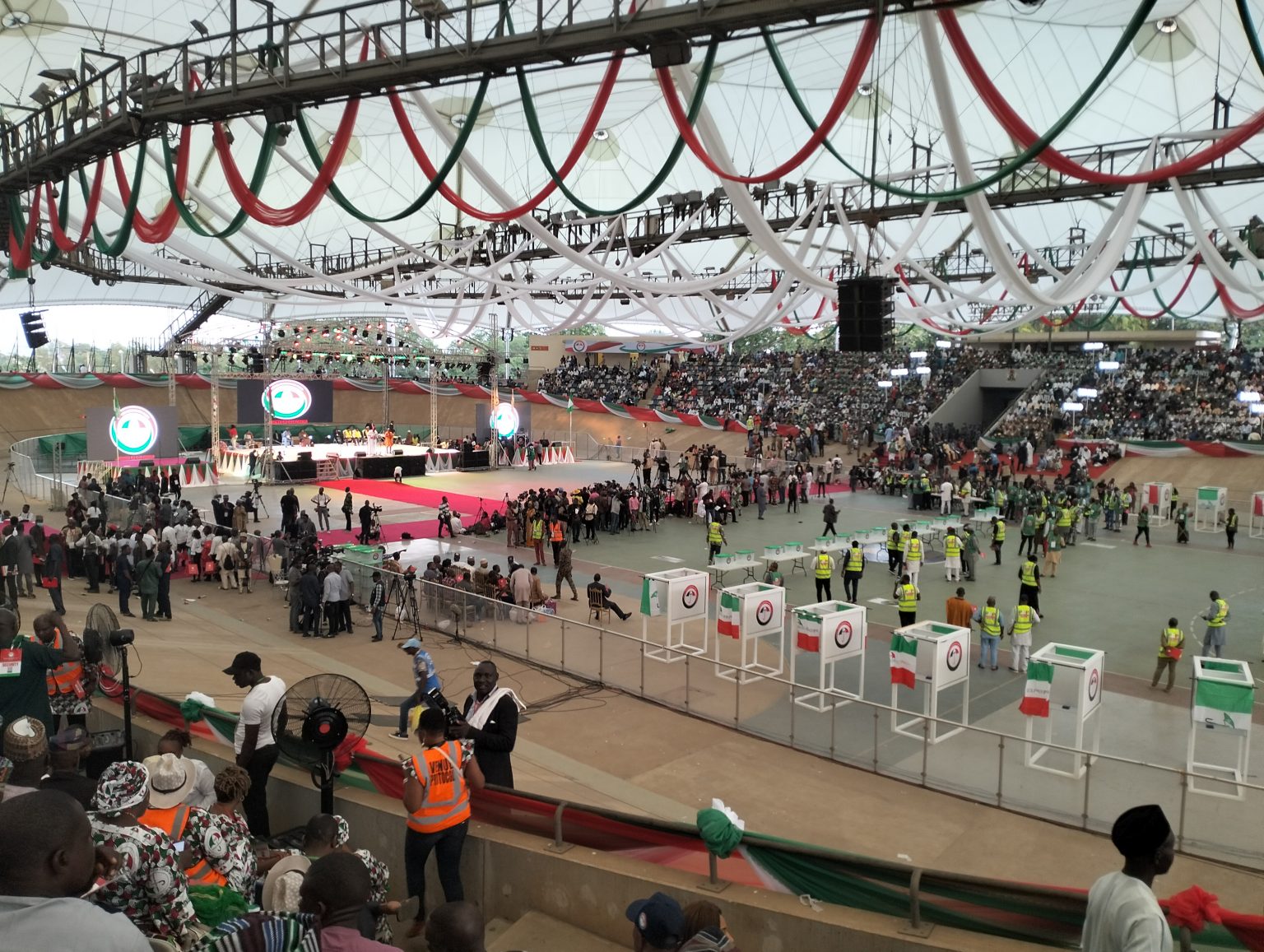 PDP National Convention to elect the 2023 Presidential candidate started with the National Anthem at exactly 6 pm.

She said, ” if you are not a delegate don’t go close to the cubicles, delegates should also note that phones are not allowed around the voting cubicle”.